More than 68,000 trees so far including about 550 ancient (300+ year old) olive trees were brought by boat from the mainland to Ios and transplanted in the area. 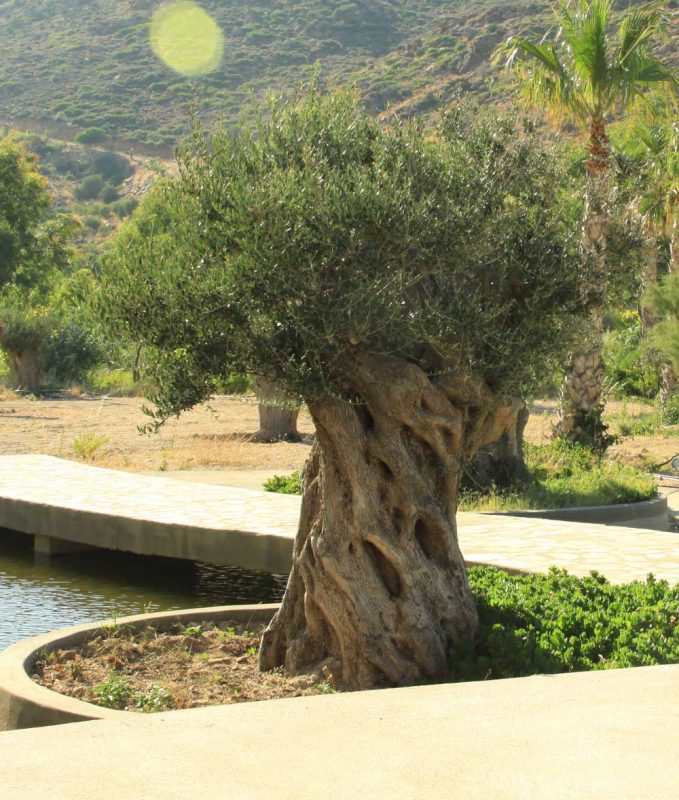 The Monologue of EleKtra

I was born and raised in the Peloponnese, in a small village outside Gythio.

I am probably more than 500 years old. Lived with my brothers and sisters forever, until sometimes in 2013 our home was chosen to become a new stadium. We were about to be cut and sold for fire wood. A friend of our new owner spoke to him about us. He loves nature and respected our history and honored our roots. He did not want us to die. He bought us, and put us in trucks and transported us somewhere far and different from what we knew.

They cut our branches off to help us survive, and tended to our roots so we can live. I got a bit sea sick!!! It’s two months now, all 183 of us are alive, and have a chance to fight for our lives. Most of my brothers and sisters have new branches and new growth, some of us are doing better than others. We don’t live all together anymore, but birds transfer our news. We now face the Aegean and shyly learn to dance with the meltemi.The wife of our new owner, promised that each of us will have an ancient greek name. She comes sometimes and caresses our old bodies. Gives us a kiss or two. Our new owner is so happy that we made it, and so are we!!! Spring is beautiful in our country and we are still ALIVE!

Our conservation project has planted 68,842 trees and bushes around the island so far to restore the habitat that had previously been burned repeatedly by wild fires and land deforestation. In addition, some 550 ancient olive trees (most of them more than 300-years-old) which were about to be cut and sold for firewood in Athens, were transported from the mainland, by boat, to Ios.. They were destined to become firewood and instead have been given a second life in Ios. lt is actually quite stunning to watch them every day give it all they have in order to grow again in their new home. Here, with the help of specialists, 97% of them have survived and are now thriving in their new locations. 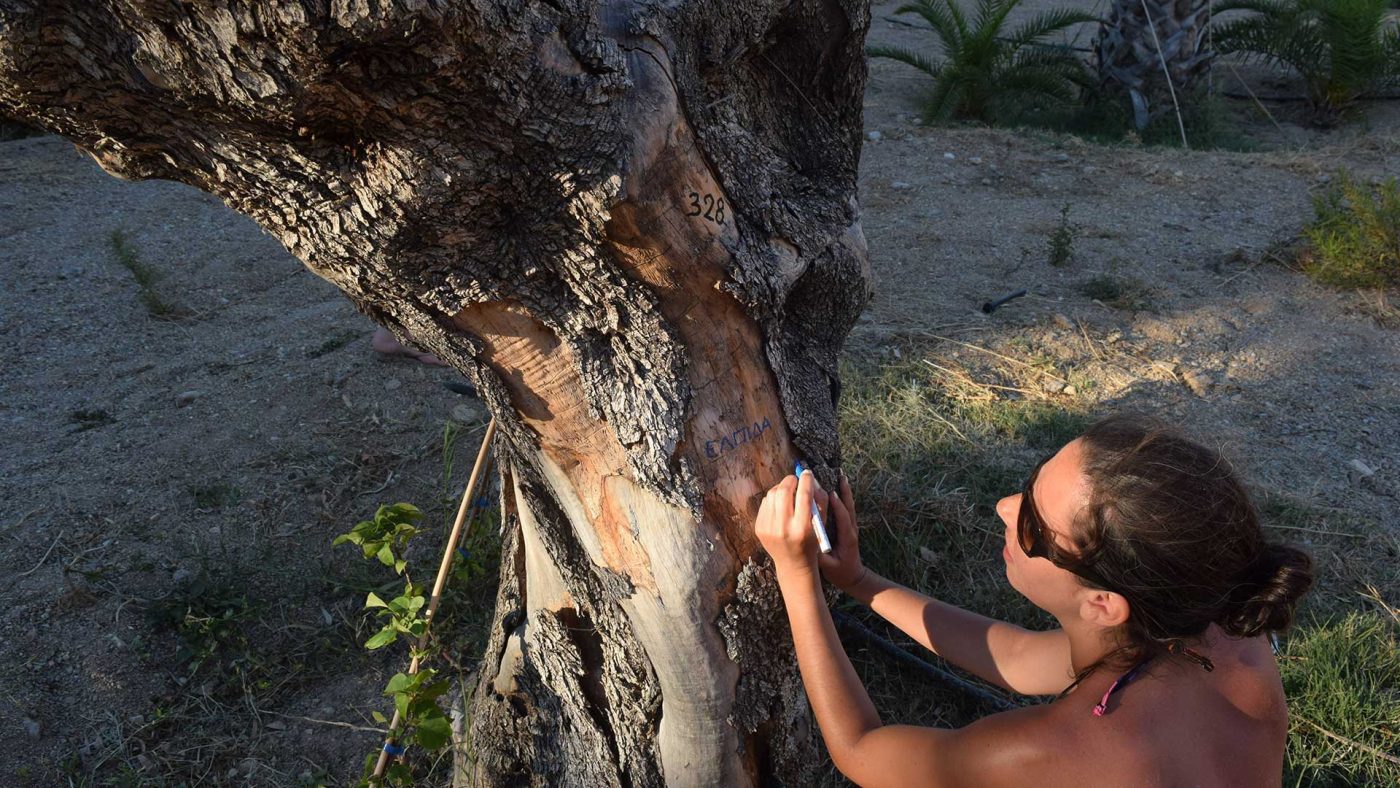 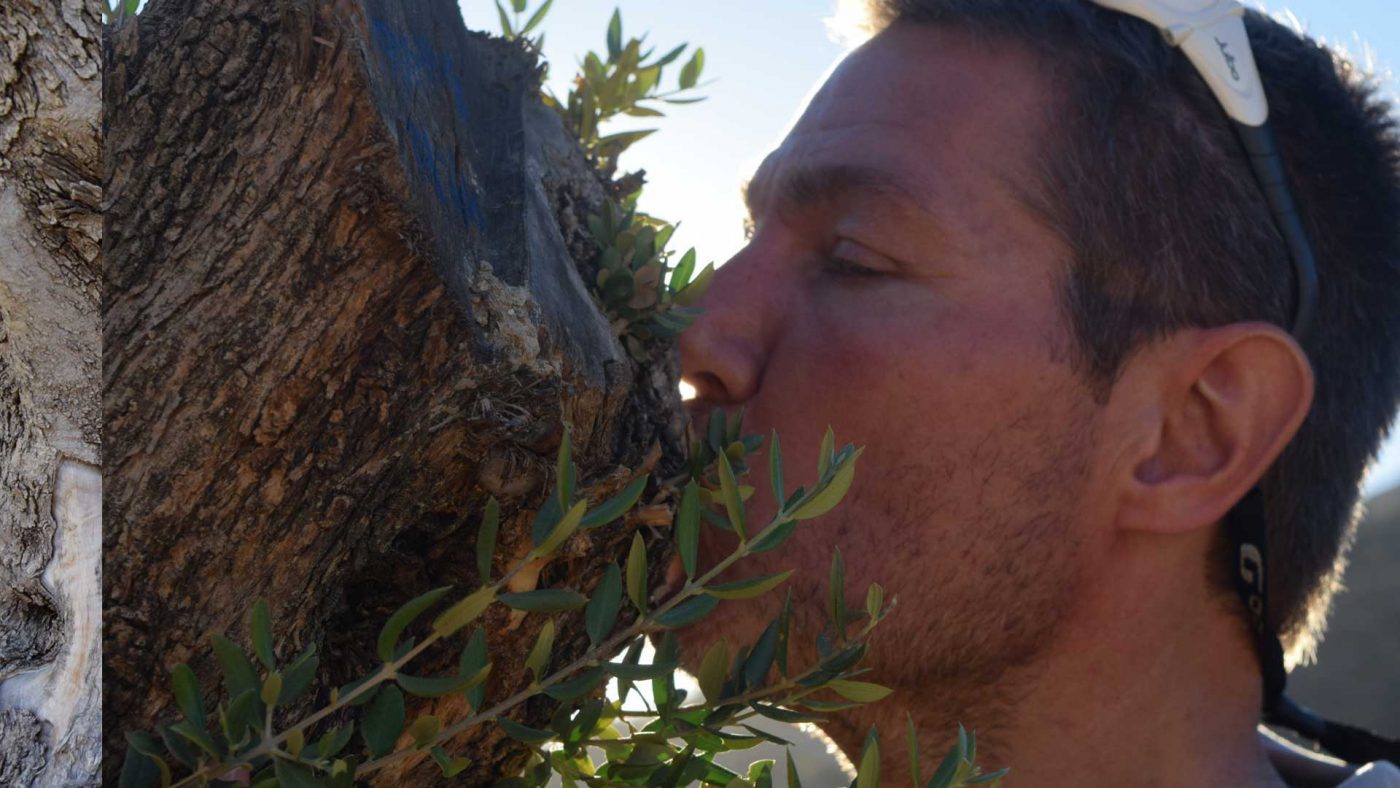 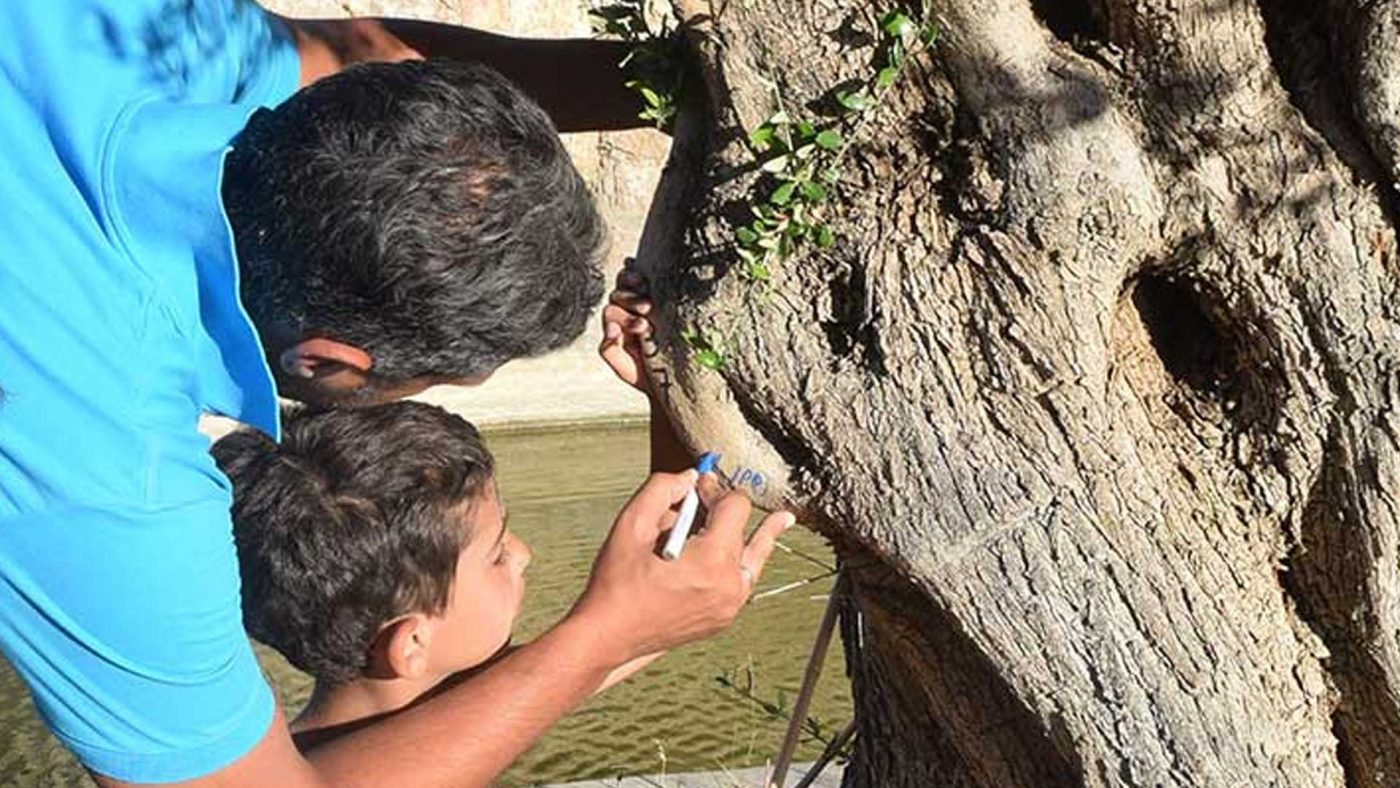 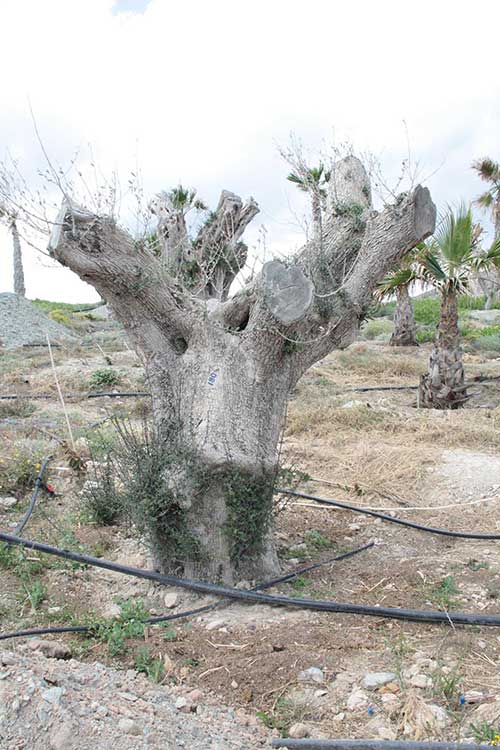 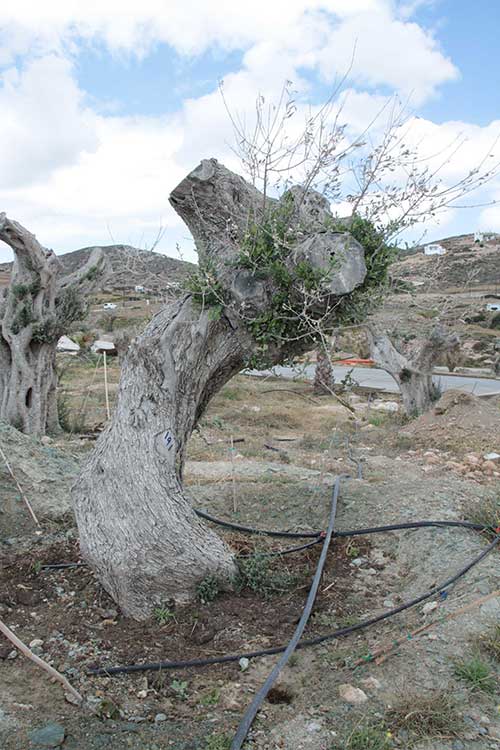 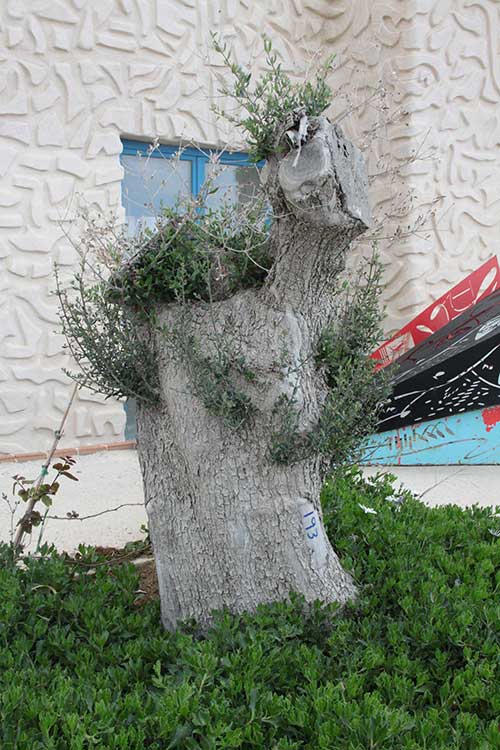